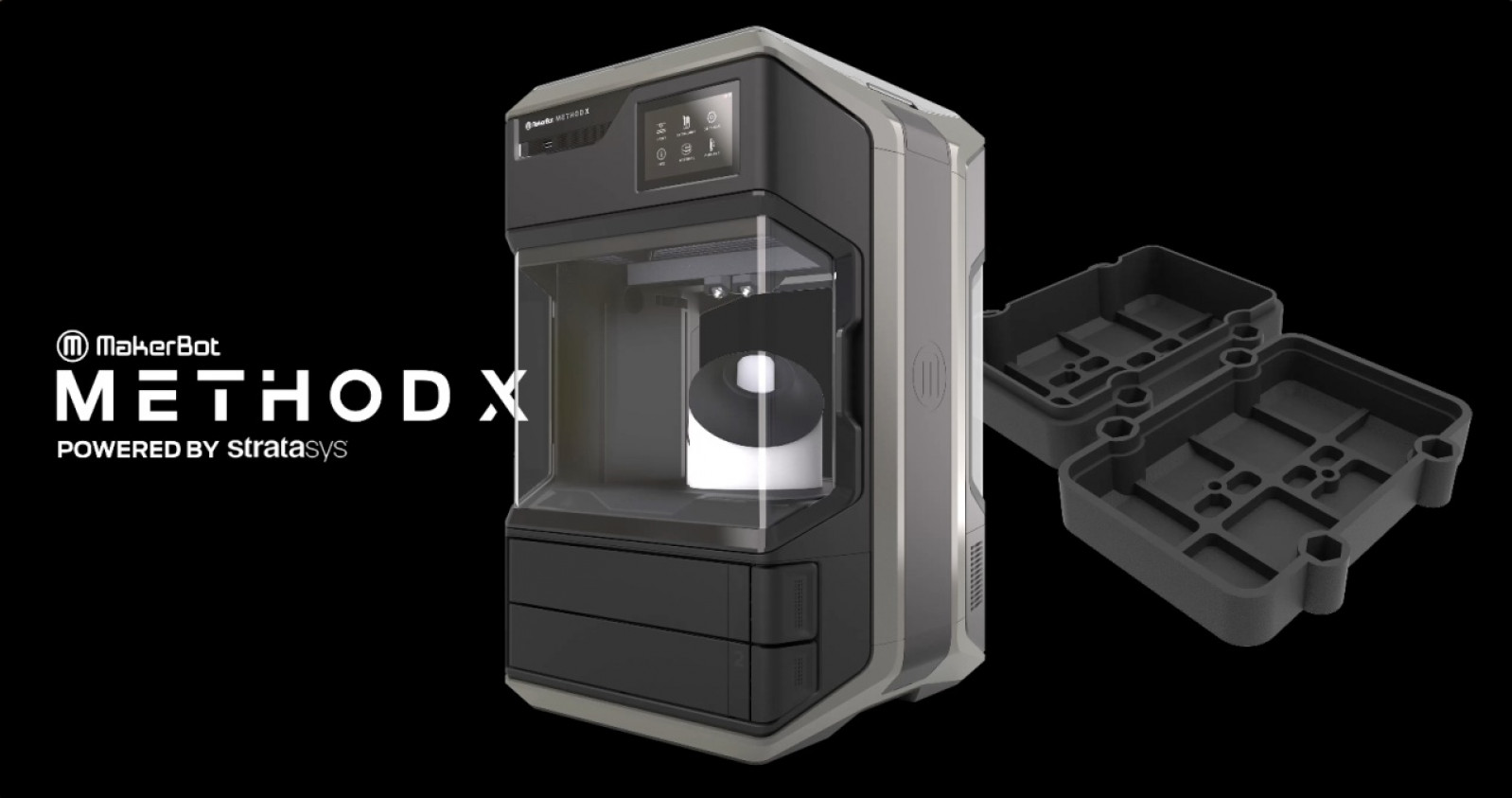 MakerBot have introduced the world to an upgrade to the Method, the leading desktop 3D print technology for designers, educators and professionals. Tri-Tech 3D are hugely excited for this printer in our portfolio, and you’re about to understand why we’ve had a tremendous amount of interested registered with it. The new Method X builds upon the previous Method model, and therefore has maintained the qualities that made the original a staple of office-based design. For one thing, the MakerBot signature of user accessibility has clearly not been undermined during the design process of the method X.  It’s fundamentally still the printer that first bridged the gap between industrial and office 3D printing and can easily be used by office professionals and hardware designers alike. But it’s this iteration’s new features and upgrades that take the range of possible applications into the stratosphere – and the new sleek black look means it’s easy on the eyes, too. 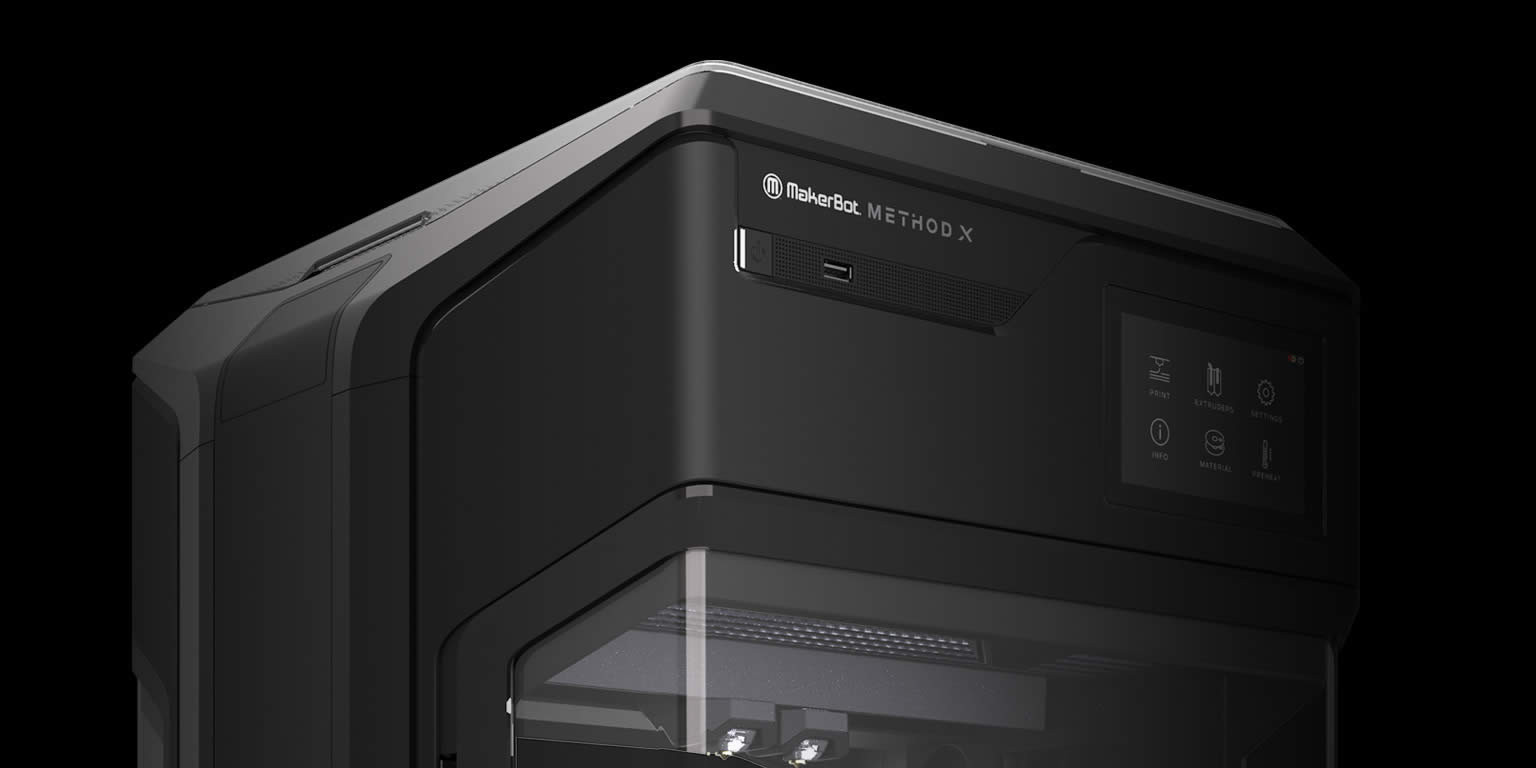 The primary addition to the Method X is the new circulating heat chamber that has the capacity to reach an astounding 100 degrees in temperature. This impressive technological achievement is the reason for the introduction of the tensile powerhouse that is ABS to the brand – as the heat treatment improves strength, heat resistance and corrosion resistance. As you can guess, this marks substantial progress in the applications of products printed by the Method series. The improved heat treatment process not only confers benefits to ABS, but to the other range of MakerBot’s FDM materials that are currently available to print in, such as PLA, Tough, PetG and PVA, although this list of consumables is likely to expand in the coming months after the Method X’s release. All of these materials can be expected to print with rigidity that’s 26% better than other desktop competitors, not to mention an enhancement to overall print durability, wear resistance and ultimately pleasing surface finish.

Reliability is a defining factor of 3D printer’s success, especially when end-use applications are sought. Thankfully, the Method X will produce repeatable and consistent parts in every print thanks to key technologies. This includes the lengthened core that heightens the dimensional accuracy of the parts produced, ± 0.2mm to be precise. The improved Z-layer bonding and high temperature also contributes to the reduction of part deformation or warping during the printing process, so every angle really has been covered regarding the reliability of parts.

Furthermore, thanks to the prodigious lengthened core, the printing process has been cut in half due to the new core design in the performance extruders being 50% longer other desktop printers. Not only is the printer’s design better optimised, but the new SR-30 support material compatibility allows for rapid support removal – and the Method X is the only machine in its price class with this compatibility.

Anyone needing small batch production of end-use parts, such as those often required in electronics and housing will find a solid investment in the Method X. It’s an ideal in the field of fast turnaround, low cost end-use part production. As previously mentioned, the heat conditioning and resulting superlative strength means the prints are cleared for stand alone end-use or the consolidation of assemblies – think in terms of light fixtures or casings for electric tools as examples. Heavy duty part validation is another area in which the Method X excels in. No longer will time be spent kicking your heels and twiddling your thumbs while waiting for a third party to come back with your new prototype.

If the Makerbot Method bridged the gap between desktop and industrial 3D printing, then the Method X will ensure the bridge is accessible for all, with an extended range of applications making it a valuable addition to the 3D print industry. Contact our team for more information on the new printer, or to arrange a demonstration at our showroom.